Skip to the beginning of the images gallery
Extensive product description
Silver bar of 5 kilograms from the Belgian LBMA certified refinery Umicore. Umicore silver bars are globally recognised and easily traded due to their ‘good delivery’ label. They contain the highest purity in silver (999) but come without a certificate, contrary to Umicore gold bars.
Umicore
The history of Umicore goes back over more than 200 years. It all started in 1805 when Napoleon Bonaparte assigned the management of the zinc mines of Vieille-Montagne in Moresnet (Liège) to Jean Dony, a Belgian innovator and industrialist. In 1837, that assignment resulted in the establishment of the enterprise ‘Société Anonyme des Mines et Fonderies de Zinc de la Vieille-Montagne’; the earliest ancestor of modern day Umicore.
The second foundation was laid in 1906 with the creation of 'Union Minière du Haut Katanga' (UMHK). UMHK was engaged in the exploitation of copper and other metals in Belgian Congo and eventually acquired the management of Vieille-Motagne.
In 1989 Union Minière merged with its affiliated companies (Metallurgie Hoboken-Overpelt, Vieille-Montagne and Mechim), after which the groupe phased out its mining activities. Subsequently the companies name was changed to Umicore in 2001.
Even though the change of name symbolised the break with its former mining activities, the roots of Umicore will always remain in the first two letters of its name, which are - not unintentionally - the same as the initials of Union Minière. As of today, Umicore is a global materials technology and recycling group, with about 10.000 people employed in several branches across Belgium and the Netherlands.
Good Delivery
Umicore is an LBMA (London Bullion Market Association) certified refinery and produces therefore gold bars with a good delivery status. Only the refineries that comply with the essential requirements to trade on the London market are accredited by the LBMA and consequently registered on the LBMA Good Delivery List.
In a nutshell, it implies that the refinery:
+ Has to have a net worth of £15.000.000
+ Has to process more than 10 tons of gold per year
+ Has to process more than 30 tons of silver per year
Tradability
Umicore silver bars are globally recognised and easily traded due to their ‘good delivery’ label. You can resell your Umicore silver bar(s) at Argentor Essayeurs, as well as currency exchange offices, banks and other precious metal traders, both domestically as abroad.
Buying a Umicore silver bar of 5 kilograms
Umicore silver bars serve perfectly as a purchase of physical silver but do take into account that buying silver bars is not preferable for private customers. 21% TVA will always be charged because silver is seen as an industrial good, in stead of an investment product.
That is why silver bars are not interesting for private customers; they will never be able to reclaim the VAT they initially payed. Instead, silver coins are a more interesting alternative, because they are sold under the VAT margin.
Selling a Umicore silver bar of 5 kilograms
You are more than welcome in our office to sell your Umicore silver bar(s) of 5 kilograms. You needn't make an appointment to do so.
Our buying prices are adapted every minute to actuel silver rate and will only be hedged once you present the silver bar(s) in our office. You can easily check our live buying rates on this page.
Product properties
Related Products 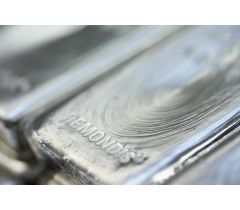 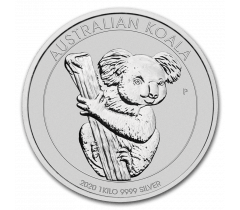 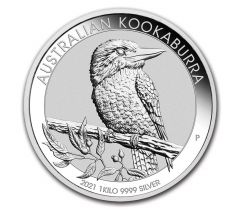 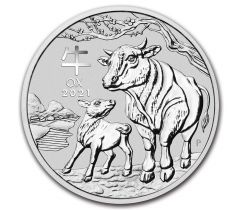 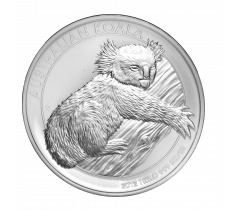 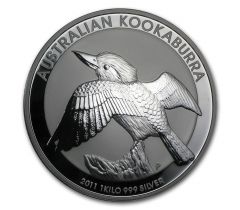 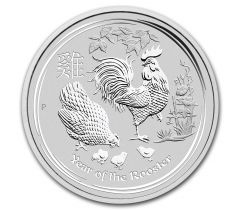