Skip to the beginning of the images gallery
Extensive product description
The silver Vienna Philharmonic is issued annually by the Austrian Mint and has a purity of 99,9%. Its contains exactly 1 troy ounce of pure silver (= 31,10 grams). The silver Vienna Philharmonic was introduced in 2008 and is the best-known European bullion coin to this day. The monsterbox is sealed and contains 25 tubes of 20 coins each, which makes a total of 500 coins.

Purity and weight
The silver Vienna Philharmonic is 999/1.000 pure and weighs exactly 31,10 grams (= 1 troy ounce). Its purity and weight make it a proper bullion coin, acknowledged worldwide and easy to trade.

Design of the Vienna Philharmonic
The obverse shows the image of the organ of the infamous Groβer Musikvereinssaal, also known as the Goldener Saal (Golden Hall). Mentioned above you see the inscription 'Republik Österreich' and at the bottom you find the weight of the coin together with the level of purity, the year of mintage and the face value.

The reverse shows the image of several intstruments, the Viennese horn, the bassoon, the harp, four violins and a cello. The instruments symbolise the Vienna Philharmonic Orchestra, housed in the Wiener Musikverein. Mentioned above you see the inscription 'Wiener Philharmoniker'. Both the obverse and reverse were designed by the Austrian Mint's head engraver Thomas Pessendorfer.

Packaging
The monsterbox contains 25 plastic tubes, originally from the Austrian Mint, each containing 20 coins. Packaging included the box weighs 16,7 kilograms. The dimensions of the box itself are 24 cm x 24 cm x 9 cm.

Buying a Vienna Philharmonic monsterbox
Silver coins serve perfectly as a purchase of physical silver. Opposed to silver bars you needn't pay VAT because silver coins are traded under the VAT margin regulation. Bottom line that means that a trader of silver coins has to pay VAT but only on the profit he makes and not on the total revenue of the transaction. In other words, the VAT will not be charged directly to the customer but will be part of the premium you pay upon buying silver coins.

Even though all coins offered by Argentor are tested, they are never delivered with certificate as opposed to silver bars.
The year of mintage mentioned on the photo is merely indicative. 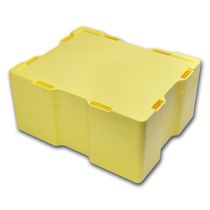 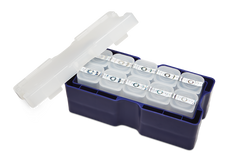 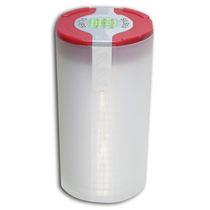 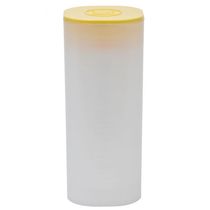 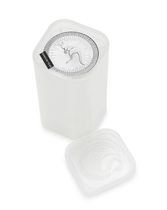 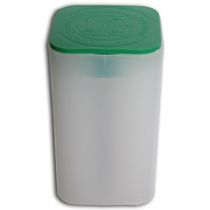